By Abhishek in Google

Yesterday, Google has announced its new worldwide campaign called “Legalize Love” in order to inspire governments and people to legalize and respect same sex marriage.  It is a bold move from a diplomatic company whose core area of focus is technology.

The “Legalize Love” campaign debuted from Poland and Singapore and will slowly cover the rest of the cities around the world.

This is not the first time Google is focusing on the LGBT issues. Earlier in 2008, they have made an opposing statement for the California amendment to ban same sex marriages. Last time, the outcry was only to safeguard the interest of Google employees but this time they have taken it to another level with the same proposition, to make their employees comfortable in working with Google in any of their hundreds of offices spread across the world.

According to Mark Palmer (an eminent Google employee),

“We want our employees who are gay or lesbian or transgender to have the same experience outside the office as they do in the office. It is obviously a very ambitious piece of work.

“We operate in many countries and have a very globally mobile workforce. We have had a number of instances where we have been trying to hire people into countries where there are these issues and have been unable to put the best person into a job in that country “

Also, according to him Singapore was chosen for the initial roll out as,

“Singapore wants to be a global financial center and world leader and we can push them on the fact that being a global center and a world leader means you have to treat all people the same, irrespective of their sexual orientation.” 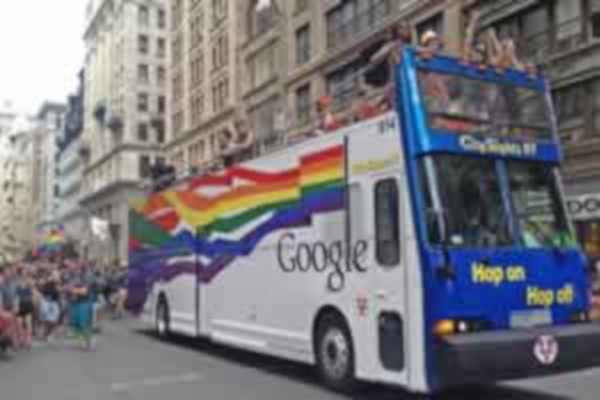 Google’s campaign makes logical sense, they will strengthen their brand image for the new world and traditionalist cannot object them because they have to anyhow use their products in everyday life. For the fact that Google has become integral part of life of everyone, the company could take this to advantage for promoting open beliefs and fundamental rights. Although another point could be that just because of Gayglers the company is supporting this idea. However, Google is not alone here. Apple is pro-gay Bill Gates recently donated 100k to support gay marriages. The corporate world, by and large, is now favorable toward gay rights because at the end of the day everyone wants profits. Profits which in turn get generated by talented employees where sexual orientation has fewer roles to play.